Fannie and Freddie deserve an overhaul

Patient Zero (or, at least, #1) if the United States’s current recession is coming under fire from the Obama administration.

The Obama administration called for “fundamental change” at Fannie Mae and Freddie Mac, but a long, politically explosive debate lies ahead on the future of the bailed-out mortgage finance giants and U.S. housing policy.

This comes two years after the government seized Fannie Mae and Freddie Mac to save them from collapse.

“We will not support returning Fannie and Freddie to the role they played before conservatorship, where they took market share from private competitors while enjoying the perception of government support,” Geithner said.

“We will not support a return to the system where private gains are subsidized by taxpayer losses.”

The conference, with some of the mortgage sector’s top lenders and investors, is billed as a “listening session” for the administration to gather ideas as it develops an overhaul plan by January. No major changes are expected before 2011.

With Congress focused on elections in November, federal spending coffers depleted and nerves on edge about changes that could trigger another housing crash, lawmakers looked likely to move slowly on overhauling housing finance, analysts said. 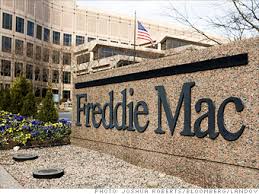 Enthusiasm in some quarters for removing government from housing finance was certain to collide with the political reality that housing subsides, such as the mortgage interest deduction, are deeply entrenched facets of U.S. economic life.

The problems and costs of Fannie Mae and Freddie Mac were not addressed in the sweeping Wall Street reform legislation approved by the U.S. Congress in July — a yawning gap in the Democratic bill that Republicans have sharply criticized.

Know Your Finance Reform: The Fed

The Fed’s relationships with banks face more scrutiny from the Government Accountability Office, Congress’ investigative arm. The GAO can audit emergency lending the Fed made after the 2008 financial crisis emerged. It also could audit the Fed’s low-cost loans to banks, and the Fed’s buying and selling of securities to implement interest-rate policy.

The Fed also has to set lower limits on the fees that banks charge merchants who accept debit cards.

A new independent office oversees financial products and services such as mortgages, credit cards and short-term loans. The office is housed in the Fed.

Auto dealers, pawn brokers and others are exempt from the bureau’s enforcement. For community banks, the new rules are enforced by existing regulators.

The oversight council can block rules proposed by the consumer agency, but only if they determine the regulations would threaten the system.

Know your Finance Reform: Too Big to Fail

“Too Big to Fail” Council

The council could overturn new rules proposed by the consumer protection agency. That’s supposed to happen only to rules deemed a threat to the financial system.